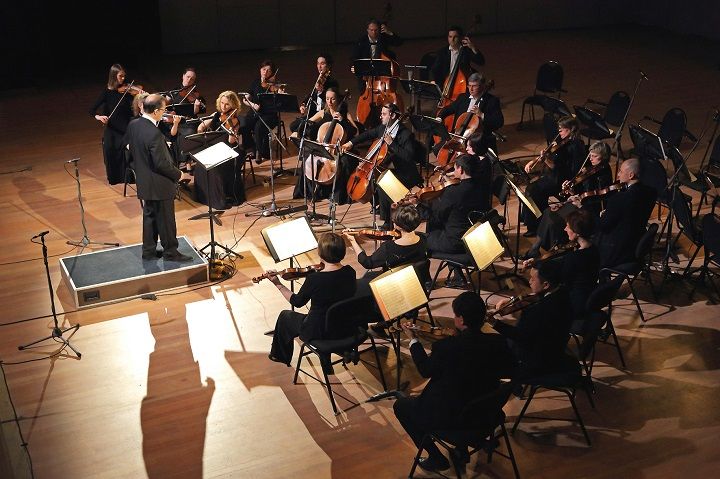 In collaboration with the Queen Elisabeth Music Chapel and the Belgian record label "Fuga Libera" the violinist has released the two CDs: the Third violin concerto of Henri Veiuxtepms with Liege Royal Philharmonic and Patrick Davin, and the monographic album of Edouard Lalo with Sinfonia Varsovia, Augustin Dumay and Jean-Philippe Collard. The Lalo’s CD was given a 5-star review in the French magazine “Diapason”.

Nikita Borisoglebsky was born in Volgodonsk, Southern Russia. His mentors in different years were Eduard Grach and Tatiana Berkul in Moscow, Augustin Dumay in Brussels, Ana Chumachenco in Kronberg.

In the last years he has become a recipient of the several international awards and titles - "Violinist of the Year" from the International Maya Plisetskaya and Rodion Shchedrin foundation (USA); “Person of the Year” from the major Russian magazine “Musical review”; “Virtuoso” award from the Italian string society and the Antonio Stradivari foundation; "Jean Sibelius birthplace medal" from J.Sibelius foundation in Hameenlinna, Finland.

The violinist plays on Matteo Goffriller’s violin from 1720-s.