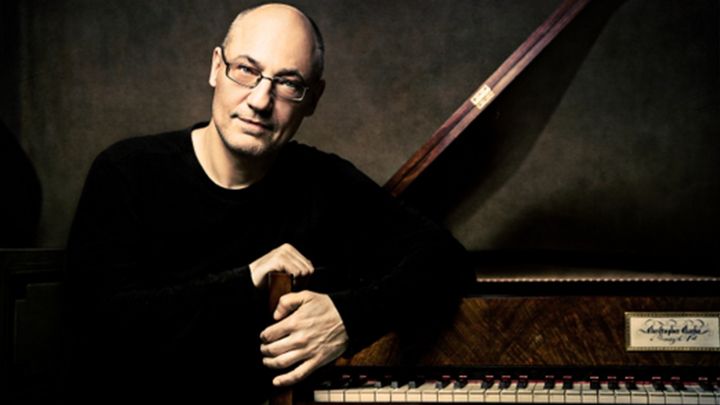 The Winner Of The International Classical Music Award`2014 Andreas Staier  will perform in Moscow with the Musica Viva Orchestra. The concert will close the orchestra`s famous  subscription “Masterpieces and Premieres”

Musica Viva chamber orchestra concludes this season’s subscription series “Masterpieces and Premieres” with a program that could hardly serve as a better reflection of the series’ title. Included in it is a pair of acknowledged masterpieces – classical music “hits” –the Symphony No. 5 of Ludwig van Beethoven and the Concerto for Keyboard Instrument and Orchestra of Joseph Haydn, together with music seldom heard in Moscow’s major concert halls, two works by Carl Philipp Emanuel Bach, fifth child of the great Johann Sebastian Bach and one of the founders of the Classical Style in music.

Making a guest appearance at the concert will be the well-known German pianist, harpsichordist and conductor Andreas Staier, one of Europe’s most prominent exponents of authentic performance style.  Appearing in the world’s leading concert halls, he performs together with the finest of baroque ensembles and records for such prestigious labels as Sony Music and Deutsche Grammophon. With Music Viva, Staier will appear as both soloist and conductor. Also appearing, in two different capacities, will be the orchestra’s artistic director, Alexander Rudin, who plays the harpsichord part in a symphony of C. P. E. Bach and conducts the works by Beethoven and Haydn.