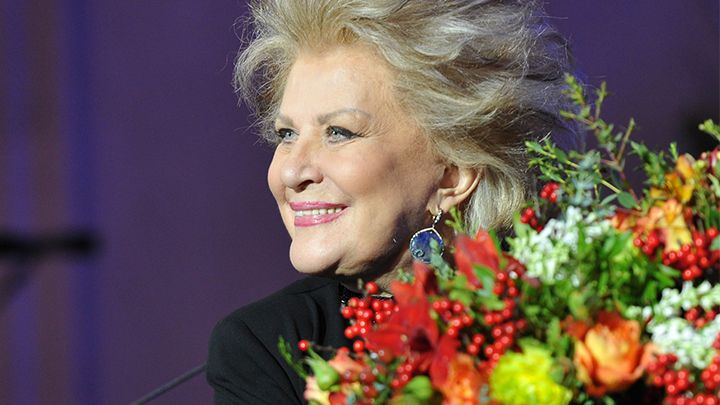 On January 12th, 2016, it will be one year since Elena Obraztsova's pass. Opera Class in honor of her is a tribute to  grateful memory of the great singer and teacher from her friends, partners, pupils and Prize-Winners of her competitions.

The concert program includes music of four centuries of the opera history: from Gluck to Bernstein, with participation of the outstanding masters such as People's Artists of the USSR Makvala Kasrashvili and Zurab Sotkilava, People's Artist of Russia Hibla Gerzmava, students of the Moscow Conservatory Veronica Ershova and Alexandra Sennikova, Prize-Winners of the Elena Obraztsova competitions and participants of her master classes: student of the Gnessin Russian Academy of Music Badral Chulunbaatar, soloist of the Kolobov Novaya Opera Theatre Yulia Mennibaeva and artists of the Youth opera program of the Bolshoi Theatre Ekaterina Morozova, Bogdan Volkov, Vasilisa Berzhanskaya, Alexander Roslovets, Arseny Yakovlev and Ilya Kutyukhin.

The concert will be accompanied by the Moscow Chamber Orchestra «Musica Viva», Artistic Director - People's Artist of Russia Alexander Rudin, with participation of the Choir of the Opera Theatre of the Moscow Conservatory, Artistic Director and Principal Choirmaster – Professor Valery Polekh. Conducted by the Honoured Artist of the Republic of Tatarstan Vasily Valitov.