People’s Artist of Russia. Professor Lubimov studied at the Moscow Conservatory with Heinrich Neuhaus and Lev Naumov. After successes in several competitions, he gave the premieres in the Soviet Union of several pieces by composers such as Arnold Schoenberg, Karlheinz Stockhausen, Pierre Boulez and György Ligeti. His commitment to western music was criticised by the Soviet authorities and he was prevented from leaving the Soviet Union for several years, during which time he concentrated on working with period instruments. He is a founder of the Moscow Baroque Quartet and the Moscow Chamber Academy (with Tatiana Grindenko) as well as the music festival "Alternativa". Apart from giving solo recitals throughout the world and appearing with leading symphony orchestras, he works regularly with early music ensembles such as the Orchestra of the Age of Enlightenment. Among his partners in chamber music are Andreas Staier, Natalia Gutman, Peter Schreier, Heinrich Schiff, Christian Tetzlaff, Gidon Kremer, Ivan Monighetti, and Wieland Kuijken.

In recent seasons he has given concerts with the London Philharmonic, City of Birmingham Symphony Orchestra, Russian National Orchestra in Moscow and the Tonkünstlerorchester. He toured with the Haydn Sinfonietta playing Mozart and played Haydn with the Camerata Salzburg under Sir Roger Norrington in New York and gave performances of Scriabin's Prometheus at the Salzburg Festival. In November 2010 he gave two recitals at Lincoln Center, returning in 2011 on tour with the Budapest Festival Orchestra conducted by Iván Fischer.

His recordings include piano duets with Andreas Staier on Teldec, the complete Mozart piano sonatas (on fortepiano) on Erato and a series of recordings on ECM. 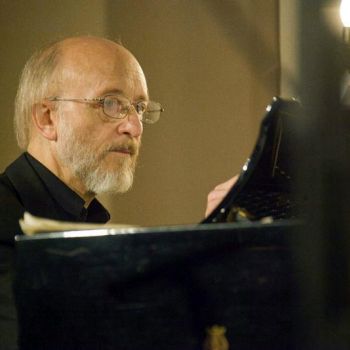 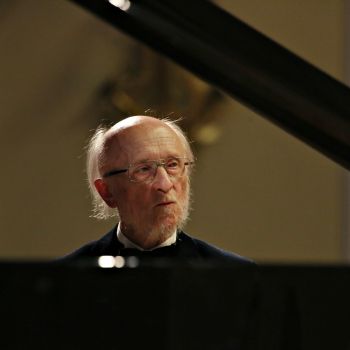