Born in Germany, Andreas Scholl's early musical training was with the Kiedricher Chorbuben choir. He later studied under Richard Levitt and René Jacobs at the Schola Cantorum Basiliensis. He has won numerous awards and prizes, including the prestigious ECHO Award for his composition for Deutsche Grammophon's audio-book of Hans Christian Andersen's The Emperor's New Clothes and The Nightingale.

Andreas has released a series of extraordinary solo recordings: the most recent being Wanderer – a disc of German Lied in partnership with pianist Tamar Halperin. Other notable releases include Bach cantatas with kammerorchesterbasel; O Solitude – an all-Purcell album with Accademia Bizantina, which won the 2012 BBC Music Magazine award; Arias for Senesino, Heroes – a disc of arias by Handel, Mozart, Hasse and Gluck; Robert Dowland's A Musicall Banquet; Vivaldi Motets with the Australian Brandenburg Orchestra; and Arcadia – a collection of rare and unpublished cantatas by composers from Rome’s Arcadian Circle. All of these recordings are released on Decca.

Operatic roles include the title role in Giulio Cesare at Théâtre des Champs-Elysées and the 2012 Salzburger Festspiele (opposite Cecilia Bartoli) and Bertarido (Rodelinda) at Glyndebourne Festival Opera and the Metropolitan Opera (opposite Renée Fleming). His concert performances have included appearances with Berliner Philharmoniker, New York Philharmonic, Royal Concertgebouw Orchestra, Boston Symphony Orchestra, Dresdner Philharmonie, Akademie für Alte Musik Berlin, Freiburger Barockorchester, the Academy of Ancient Music and at the 2005 Last Night of the Proms – the first counter-tenor ever to have been invited. 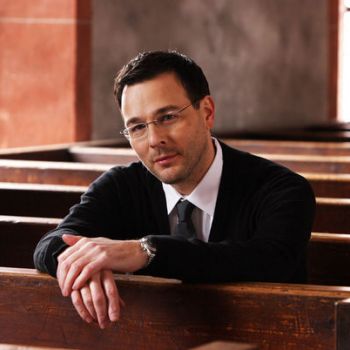