The German conductor Andreas Spering is among the leading specialists in early music. He was strongly influenced by his studies with Gerd Zacher in Essen, and his position as harpsichordist with Musica Antiqua Köln and Reinhard Goebel from 1990 to 1994. Since 1996 he has served as artistic director of the Brühl Castle Concerts, as successor to Helmut Müller-Brühl, as well as with the Capella Augustina, which he founded.

Joseph Haydn holds an important place in the summer concerts, establishing the first and only festival in Germany dedicated exclusively to that composer. As an opera conductor Spering has undertaken guest engagements in Essen, Berne, Kiel and Potsdam. In Gothenburg he conducted Mozart’s Entführung aus dem Serail and Beethoven’s Fidelio, at the operahouses in Antwerp and Ghent Handel’s Rinaldo and Mozart’s Don Giovanni, and at the Leipzig Opera Mozart’s Mass in C minor.

In 1999 he was appointed Music Director of the Handel Festival at the Baden State Theatre in Karlsruhe, where he has conducted Scarlatti’s Il trionfo dell’onore, many other Handel operas, and in 2004 a highly acclaimed new discovery, Reinhard Keiser’s opera Octavia.

In the concert hall Andreas Spering has appeared as a guest conductor with the radio orchestras in Hanover, Leipzig, Munich and Kaiserslauten, as well as with the West German Radio Symphony Orchestra. Other guest engagements have taken him to the symphony orchestras of Lahti, Stavanger, Antwerp, Winterthur, Frankfurt/Oder and Osnabrück, as well as to the Basle Chamber Orchestra and the Lausanne Chamber Orchestra.

His recordings include Handel’s Siroe and Imeneo, as well as the world première recording of Reichardt’s Erwin und Elmire. In 2005 he recorded for Naxos an internationally acclaimed release of Haydn’s The Creation. Other recordings include a group of early Haydn cantatas and the two Serenades by Brahms. 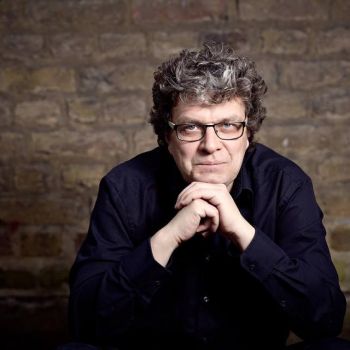