Winner of the RAAP/RTÉ Lyric FM Classical Breakthrough Music Bursary, Irish mezzo-soprano Sharon Carty studied at the RIAM Dublin, and at the MDW Vienna, before joining the Opera Studio at Oper Frankfurt from 2010-2012. She is now a regular guest artist with orchestras and in opera houses across Europe, with recent roles including Aloes (L’etoile), Annina (Der Rosenkavalier), and the title role in Purcell’s Dido and Aeneas, (a role debut which was lauded as “quite simply sensational” by Der Opernfreund) at Oper Frankfurt, Flora in La Traviata with the NDR, Hänsel at the Landestheater Linz, Oscar in the world premiere of Oscar und die Dame in Rosa at Theater Freiburg, described by the Stuttgarter Zeitung as a “young, agile, bright and round first-class Mezzo” as well as Dorabella, Medoro (Orlando/Handel) at the same theatre. Recent operatic successes at home include Handel roles Ottone (IYO) Piacere (OTC/IBO) and Ariodante (OTC/IBO) and Nancy T’ang in Adams’ “Nixon in China” (WOO).

The 2016/2017 season sees a return to Cosi fan tutte in a new production at Theater Erfurt, and another Handel role debut as Sesto at Theater Freiburg. Sharon also enjoys a busy concert schedule of chamber music, lieder and oratorio with numerous ensembles and orchestras at home and abroad. Concert successes in recent seasons include the Bach Passions with the RTE National Symphony Orchestra, “Witches, bitches and britches” (a programme of baroque divas and divos) for Music for Galway, as well as recitals with Musici Ireland in Ireland, and Ensemble Tonus in Vienna. Upcoming concert highlights include Messiah with the RTÉ National Symphony Orchestra and the Mozart mass in c minor at Osnabrück Cathedral. 2017 sees her partake in her first opera recording in the first modern recording of Gilbert & Collier’s comic opera “The Mountebanks” with the BBC Concert Orchestra, conducted by John Andrews, to be released on Dutton records. 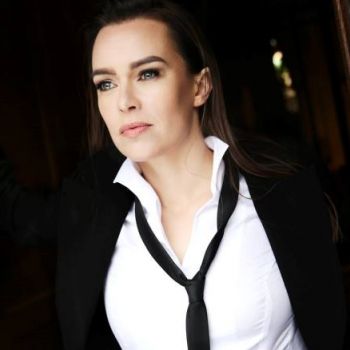