Prof. Dr. Christopher Chen, an Australian conductor, is General and Artistic Director of Jiangsu Centre for the Performing Arts in Nanjing as well as Dean of Academy of Music, Suzhou University of Science and Technology. He is one of the Experts of “The Thousnad Talents Plan” which is the highest award for foreigners in China. Beginning his studies in Australia, Chen was awarded a Bachelor of Music degree and then a Graduate Diploma in Piano at the Queensland Conservatorium, a Master’s degree in Choral Conducting from the University of Queensland and a Master of Music (Performance) at Sydney Conservatorium. He later entered the Peabody Conservatory at Johns Hopkins University in Baltimore, USA, where he read for his doctoral degree in Orchestral Conducting under the guidance of renowned maestro Gustav Meier. While at Peabody, he also worked as Assistant Conductor for the opera department. He made history in 2004 at the Conservatory by completing all the requisite coursework and recitals for his Doctor of Musical Arts in a record one and a half years. Beginning in 2002, he became assistant conductor first with the Baltimore Opera and later with the Finnish National Opera, working directly with Chief Conductor Muhai Tang. In 2007 he was appointed Music Director and Principal Conductor of the Jiangsu Symphony Orchestra, where he began his international reputation.

In July 2011, he led National Taiwan Symphony Orchestra Cross-strait Youth Orchestra to tour both Taiwan and Mainland China with five concerts at Sun Moon Lake, Taichung, Guangdong Zhongshan, Tianjin and Beijing Concert Halls. At the end of these concerts, they received applause from the audience as long as seven or eight times.

Since September, 2013, he has been leading Academy of Music, Suzhou University of Science and Technology to a newest height in Chinese musical world. Not only he expanded the academy to international stages by appointing new faculty members by international search and by signing sister relationship agreements between this academy and Sibelius Academy and Puccini Conservatory, but also he conducted the academy choir to win Gold Medal in the most important competition in China, National Golden Bell Choir Competition. The academy now enjoyed a national recognized sample of success by appointing a new Dean from overseas.

In 2014, Christopher Chen led and conducted two orchestras, Baroque Camerata, Taiwan and Tapiola Youth Symphony Orchestra, Finland to have concert tours in China where they have enjoyed five concerts with tremendous successes in some of the most beautiful concert halls or grand theatres around this country. In 2015, he conducted Evergreen Orchestra to perform Yellow River Concerto with Chengzong Yin as the piano soloist and Yellow River Choral Symphony with Taipei Philharmonic Choir as well as SUSTAM choir at most important Concert Hall in Taiwan. In 2016, he also took the post as the General and Artistic Director of the grand new Jiangsu Center for the Performing Arts. In 2017, his debut with China National Symphony Orchestra was met with much favorable criticism and attention in Chinese musical circles. Now whether as a conductor, a pianist, a teacher or an administrator, Christopher Chen continues to progress in consummate musicianship, earning greater international prestige by the day. 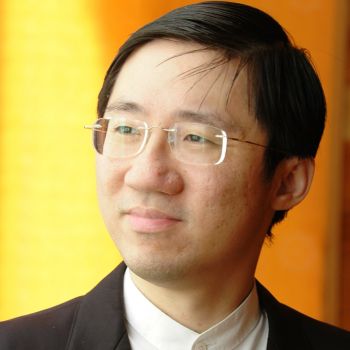