Jonathan Cohen is one of Britain’s finest young musicians. He has forged a remarkable career as a conductor, cellist and keyboardist. Well known for his passion and commitment to chamber music Jonathan is equally at home in such diverse activities as baroque opera and the classical symphonic repertoire. He is Artistic Director of Arcangelo, Associate Conductor of Les Arts Florissants, Artistic Director of Tetbury Festival and Artistic Partner of the Saint Paul Chamber Orchestra.

This summer sees Jonathan conducting Mozart’s Figaro at Glyndebourne, as well as appearances with Isabelle Faust at Wigmore Hall for their 115th Anniversary concert and major European festivals with his ensemble Arcangelo. Jonathan founded Arcangelo in 2010 and strives to perform high quality and specially created projects. He tours with them to exceptional halls and festivals such as Wigmore Hall where they have a Residency in the 16-17 season, Philharmonie Berlin, Vienna Musikverein, Salzburg Festival, and Carnegie Hall New York. Recent highlights include a European tour with Vilde Frang with concerts at Oslo Opera House and Tonhalle Zürich. Jonathan conducts Arcangelo for their BBC Proms debut at the Sam Wanamaker Playhouse.

Arcangelo are busy and much in demand in the recording studio, partnering with fine soloists such as Iestyn Davies (their disc Arias for Guadagni won the Recital Category at the 2012 Gramophone Awards), Anna Prohaska, and Christopher Purves on Hyperion Records. Their Mozart disc with Vilde Frang on Warner Classics (2015) reached No. 1 in the UK specialist classical chart and received an Echo Klassik Concert Award. Together with ‘Scene!’ with Christiane Karg, Arcangelo’s disc Arias for Benucci with Matthew Rose was nominated for a 2016 International Opera Award. Their next release is a disc of CPE Bach Cello Concerti with Nicolas Altstaedt on Hyperion Records. 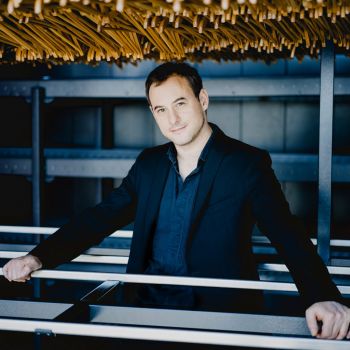