Born in 1988 to a family of musicians, Maxim Emelyanychev first studied conducting at the Nizhny Novgorod Music School then continued his education in the conducting class of Gennady Rozhdestvensky in Moscow State Tchaikovsky Conservatory and fortepiano and harpsichord class of Maria Uspenskaya.

He made his conducting debut at the age of 12 and has since then conducted both baroque and symphonic orchestras. In the field of Baroque music, he leads Novosibirsk Musica Aeterna and Il Pomo d’Oro - the Italian ensemble of which he is the chief conductor along with Riccardo Minasi.

Last season, he conducted Pomo d’Oro in an outstanding concert performance of Handel’s Tamerlano at Versailles, Hamburg, Vienne et Cologne. Maxim is the creator and leader of "Veritas" chamber orchestra.

In 2015-2016, his projects with Pomo d’Oro include performances of Tamerlano at the Concertgebouw Amsterdam and the Barbican London, as well as a worldwide tour, with Max-Emanuel Cencic for Napolitan arias, that will take them to New York, Munich, Paris, Lyon, Rouen, Bern, Séville.

His career with symphonic orchestras first started with numerous Russian orchestras – National Philharmonic of Russia, Soloists of Nizhny Novgorod or Nizhny Novgorod Philharmonic to name a few - and goes on internationally with the Sinfonietta Sofia, the Sinfonia Varsovia or the Real Orquesta Sinfonica de Sevilla, who invites him to conduct a production of Don Giovanni at Teatro de la Maestranza.

During the 2015-16 season, he will conduct the Orquesta Nacional de Espana, the Real Filarmonica de Galicia and the Real Orquesta Sinfonica de Sevilla, who reinvited him after his Don Giovanni. He will also be heard in Paris, with Il Pomo d’Oro, at Théâtre des Champs-Elysées, leading a Haydn/Mozart with Katia and Marielle Labèque. He will join them at the keyboard to the performance of Mozart Three-Piano Concerto.

Maxim received the most prestigious Russian theatre award the 'Golden Mask' as harpsichordist in stage production of Mozart’s Le Nozze di Figaro of Perm Opera Theatre. Erato projects include a Haydn double album, as conductor and harpsichordist with Il Pomo d'Oro, and a forthcoming album of Baroque arias with Joyce DiDonato and Il Pomo d’Oro. 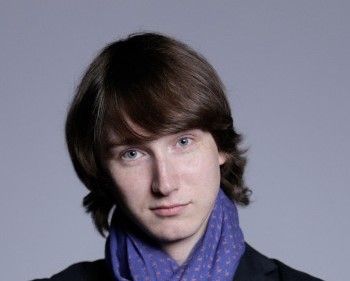