George Petrou (Γιώργος Πέτρου) is a Greek conductor, pianist and stage-director, with a distinguished international career. He has particular interest in music of the 18th and 19th c. and is currently considered as one of the world's leading Baroque specialists, also with a special affection to bel canto. His Händel opera recordings are considered by many critics as definitive. However, his musical activity is very wide including music of the 20 c. as well as contemporary.

George Petrou was born in Greece. He studied at the Athens Conservatoire, the Royal College and the Royal Academy of Music in London. He started an early career as a concert pianist, but quickly turned into conducting developing a parallel interest in historical keyboard instruments and their practices. Since 2012 he is the artistic director of the renowned Athens based orchestra Armonia Atenea (former Athens Camerata) with which he tours and records extensively, performing both on period or modern instruments.

From the season 2021-2022 he will be the new Artistic director of the historical Internationale Händel- Festspiele Göttingen.

Additionally, he has developed a vivid interest in stage-directing and has recently signed several successful opera and musical theater productions, including Handel's Alcina, C. Porter's [[Kiss me Kate]], L. Bernstein's West side story, S. Sondheim's Sweeney Todd and Company and the God's son by Theofrastos Sakellarides, the most celebrated Greek operetta.

George Petrou has been a very active recording artist, collaborating with the world's major recording companies, including Deutsche Gramophone, DECCA, MDG. All his recordings have received the highest critical acclaim from the international press (Diapason d’Or, Preis der Deutsche Schalplattenkritik, Choc-Monde de la Musique, Gramophone-Editor’s Choice, BBC Mag/Recording of the Month, CD of the week-Sunday Times, Recording of the month in Musicweb, Crescendo Bestenliste Platz 1, etc.). Tamerlano received the prestigious ECHO KLASSIC 2008, and Alessandro the Recording of the Year at the International Opera Awards, and the was voted by the viewers of Mezzo as opera of the Year 2013 receiving more than 250,000 votes. George Petrou has received a Grammy Nomination (for Handel's Ottone released by Decca) and a Pοrin Awards nomination (for Handel's Alessandro also by Decca) He was honored as an Associate of the Royal Academy of Music, London (ARAM), was awarded the title of Chevalier de l'ordre des Arts et des Lettres from the French government and the Grand Prize for Music 2018 from the association of the Greek Critics of Music and Drama. 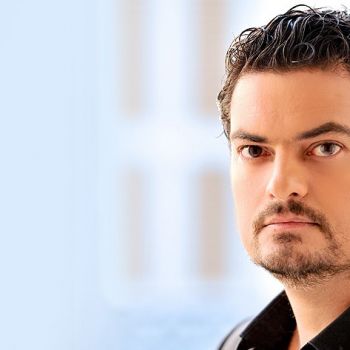