The Russian soprano Dilyara Idrisova was born 1989 in Ufa, Bashkortostan. She started her musical studies in her hometown under Milyausha Murtazina and afterwards continued her studies at the Moscow State Tchaikovsky Conservatory which she graduated 2014 with honour from. She took master classes with Debora York in England, Max Emanuel Cenčić in Austria as well as with Ildar Abdrazakov and Julie Lezhneva in Russia. 2016 she won the 2nd Grand Prix and Prix du Public at the 51st Concours International de Chant de Toulouse. Since 2014 Dilyara Idrisova has been an ensemble member at the Bashkir State Opera and the Ballet Theatre in Ufa. The same year she began her international carrier.  In the saison 2014/15 she took part at a European Tour with Handel`s “Alessandro”. Next to Julie Lezhneva, Max Emanuel Cenčić and Xavier Sabata she took on the role of Lisaura with Armonia Atenea under the conduction of George Petrou at the Tchaikovsky Concert Hall in Moscow, at the BOZAR in Brussels and at the Handel Festival in Halle. Then she performed in the role of Arasse in Hasse`s “Siroe” in Krakaw and in Moscow, in the Concertgebouw in Amsterdam, at the Opéra de Lausanne and at the Hessisches Staatstheater Wiesbaden, in the role of Sabina in Pergolesi`s “Adriano in Siria” at the Royal Opera of Versailles and at the Theater an der Wien – Das Opernhaus as well as in Bach`s Matthäus-Passion and Johannes-Passion at the Philharmonie at Gasteig in Munich. Her latest highlighting performances were the role of Poppea in Handel`s “Agrippina” at the Vlaamse Opera, the role of Colloandra in Salieri`s “La fiera di Venezia” at the Schwetzingen Festival, the role of Giuditta in Vinci`s “Gismondo, re di Polonia” at the Theater an der Wien, her debut at the Salzburg Festival in Porpora`s “Poliferno” and CD-recordings Porpora`s “Germanico in Germania” and Salieri’s “La Fiera di Venezia”. In the season 2019/2020 she performed the role of Bellezza in Handel’s “Il trionfo del tempo e del disinganno” at the Opéra national de Montpellier, part of Evanco in Handel’s “Rodrigo” at the Theater an der Wien and Giuditta’s role at CD-recording of Vinci’s “Gismondo re di Polonia”. Dilyara also performed several solo recitals with baroque programs: including Bach, Handel, Vivaldi masterpieces in Moscow, Ankara and Ekaterinburg.
We expect to see Dilyara Idrisova in the forthcoming season in addition to other roles in the part of Giuditta in Vinci’s “Gismondo re di Polonia” at Bayreuth Baroque opera festival and Klangvokal Dortmund festival. 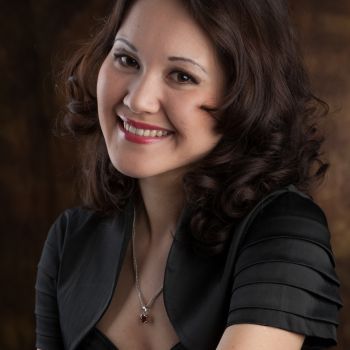 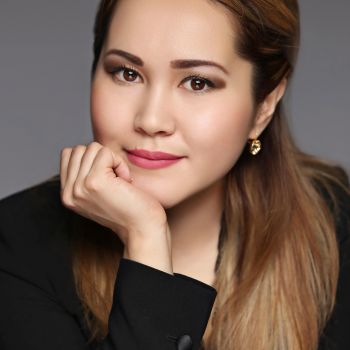 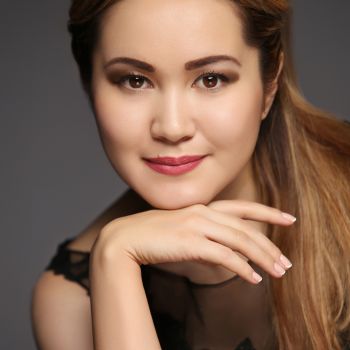