“I was bowled over when I first heard Leonid Gorokhov in a concert a few months ago.
With a sound reminiscent of the legendary Emanuel Feuermann, Gorokhov is one of those rare artists who combines a natural communicative skill with awesome technical command.”
Jeremy Nicholas, Classic FM Magazine

Leonid Gorokhov was born in St Petersburg,then Leningrad,and begun his cello studies at the age of seven.
His first cello teacher was S. Zagursky, from the age of 12 he joined the cello class of Prof.Anatoli Nikitin,where he stayed until graduating the Rimsky-Korsakov Conservatoire. He also took part in masterclasses of Daniil Shafran.

Winner of Concertino Praga (First Prize) and Paris chamber music competition (Premier Grand Prix), Leonid Gorokhov is the only Russian cellist to be awarded the Grand Prix and the First Prize of the Geneva Concours. In 1995 the European Association for Encouragement of the Arts awarded the Cultural Achievement Prize to Leonid Gorokhov for “exceptional talent and outstanding artistic accomplishment”.

In 1991 Leonid Gorokhov appeared as soloist with the St. Petersburg Philharmonic conducted by Lord Menuhin ,who took interest in the young cellist and invited him to join the Yehudi Menuhin School in the UK as a teacher. That also provided Leonid with chances to perform under Maestro Menuhin’s baton with many leading orchestras and to share a stage as a chamber music partner in Piano Trios and Beethoven Triple Concerto, which was enormously inspiring for a young musician.

Some of the highlights of this work were appearances with the Berlin Philharmonic Orchestra, St Petersburg Philharmonic, The Royal Philharmonic as well as other British,Russian,Swiss,Scandinavian orchestras with a range of repertoire,from Haydn,Schumann,Tchaikovsky and Dvorak to Walton and Lutoslawsky.

Leonid returns regularly to Russia to perform a range of repertoire, most recently in Moscow with the Russian premiere of Sonata Notturna by Nicholas Maw under Evgeny Bushkov as conductor and as a soloist and chamber musician with Musica Viva, a chamber orchestra conducted by Alexander Rudin.

His passion is chamber music where the main interest is to involve younger musicians alongside more prominent and experienced partners.

The other passion is teaching. Leonid is a Professor at the Hochschule Für Musik,Theater und Medien in Hannover,Germany, since 2008. 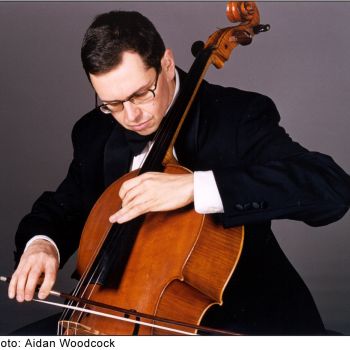