“Mr. Cencic is blessed with the finest countertenor voice of our day”(Opernwelt)

In recent yearsMax Emanuel Cencichas become recognised as one of the world’s supreme countertenors. He first became known internationally as a member of the Vienna Boys’ Choir, before launching his solo career in 1992 as a soprano, and from 2001 as a countertenor. He now performs at such major opera houses as the Vienna State Opera, theTheater an der Wien, theBavarian State Opera, theDeutsche Oper Berlin, the Liceu, the Théâtre des Champs-Elysées andLa Monnaie. His concert venues have included Laeiszhalle Hamburg, Carnegie Hall, the Barbican, the Concertgebouw,Vienna’s Musikverein, the Tchaikovsky Hall Moscow, and Tokyo’s Opera Nomori, with festival appearances inLudwigsburg, Potsdam, Halle (Händel Festspiele), Spoleto (Due Mondi), Ambronay,Eisenstadt, andDubrovnik. He collaborates regularly with such conductors as William Christie,René Jacobs,Ottavio Dantone,Diego Fasolis,Jean-Christophe Spinosi, George Petrou,Emmanuelle Haïm,Fabio BiondiandRiccardo Muti.

Early milestones in the career ofMax Emanuel Cencicincluded his Nerone (L’incoronazione di Poppea) in Basel in 2003, (Opernwelt: Best New Singer of the Year), and the Herald in the world premiere of Aribert Reimann’s Medea at the Vienna State Opera in 2010. Especially noteworthy in 2011-12 were appearances at the Liceu, alongsidePlácido Domingo, a US tour with Riccardo Muti and theChicago Symphony Orchestra, and solo recitals at the Palais de Versailles, theThéâtre des Champs-Élysées, the Handel Festival inKarlsruhe,Zagreb’sLisinski Hall and the Onassis Hall, Athens.

As Artistic Director of Parnassus Arts Productions,Max Emanuel Cencichas been responsible for the conception, oversight and performance of important works of theItalian baroquestage, including the sensational rediscovery ofLeonardo Vinci’slast opera Artaserse . This was hugely important in his 2012-13 season, and, as in the original 1730 production inRome, this was an all-male cast, featuring five counter-tenors. Cencic played the challenging role of Mandane, and was rewarded with rave reviews, both personally and for all concerned: at every venue from Paris toViennathe performances received a standing ovation, and this production has now received eleven international awards, including two Echo Klassik (CD 2013, DVD 2014), as well as two 2Grammynominations.

2013-2014 saw a wildly successful tour of his Venezia programme in venues from St Petersburg toMontpellier, Cuvilliés-Theater (Munich) and a triumphant return to theThéâtre des Champs-Élysées, while other solo included the Grand Théâtre (Avignon), the Frankfurt Opera, theSalle Pleyelin Paris, and the Philharmonie inCologne.Max Emanuel Cencicwas the protagonist of Handel’s opera Alessandro in a further majorEuropean tour, after the first performance of which in Versailles he was awarded the prestigious Arabella de Platine by forumopera.com, in recognition of his outstanding performances during 2012.

Of immediate and special interest is the recording of Hasse’s Siroe, issued by DECCA in October 2014. In this, Cencic sings the title-role, but is also, and for the first time, stage director for a live production, which will tour Europe during the coming season, beginning in Versailles in November. 2014-15 will also see Cencic in further concert performances of Handel’s Tamerlano (role of Andronico), and this production will appear on CD as well. Alessandro will tour again (Beaux-artsBrussels, Tchaikovsky Hall Moscow,Handel Festival Halle), while Rokoko will be heard inKarlsruhe,Istanbul, Metz, Monte Carlo,Bordeaux, Versailles and Munich, and Siroe in Versailles,Vienna, Moscow, AmsterdamandBudapest. It will be a busy year for recordings: a new solo CD Arie Napoletane, Handel’s Radamisto (title-role), a glamorous Gala of Countertenors, and another unknown opera byLeonardo Vinci: Il Catone in Utica.

Max Emanuel Cencic’s iconic status as a torchbearer for an entire generation of countertenors was encapsulated by his sensational performances in the title role of Vivaldi’s opera Farnace, which he sang during the 2011-12 season at several prestigious European venues, with an even wider success on mezzoTV. His recording of the work (Virgin Classics 2011) received rapturous critical response. The review in L’Opera was typical: “This aria [Ricordati che sei] would be enough to set the seal on Cencic’s greatness, putting him right at the heart of the best of today’s baroque singing and, indisputably, of the new countertenor era, setting standards as its leading light ... Mention must also be made ... of the tragic spirit invoked in Gelido in ogni vena by vocalism that is extraordinary, not only in passages where agility is the dominant factor, but which can also bring colour to the tragic tension of such moments, with an awareness of all the expressive possibilities of a countertenor voice, that owes its exceptional charisma to a roundness of tone unparallelled in voices of this type.”

As another review recently put it: “Cencic … the undisputed singing god of the evening”. 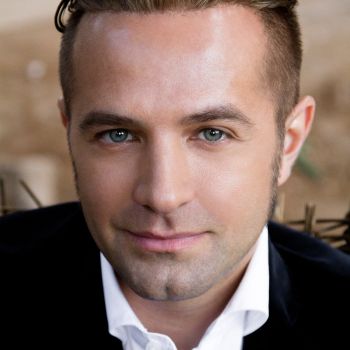 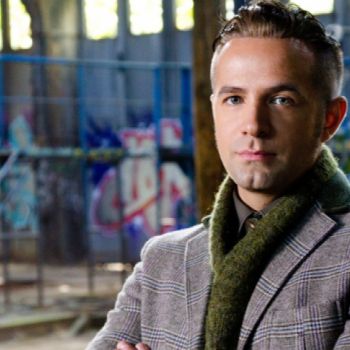