Sebastian Manz delights the media as a musician “who bowls melodies and notes along in front of him with such agility in their colour and nuances, it is as if they were balls he was expertly juggling …” (SZ).

Being the grandson of the Russian violinist Boris Goldstein and the son of two pianists, Manz's musical roots are in his German-Russian family background. He was born in Hanover in 1986 and began singing in a boys' choir at the age of six. He first learned the piano, which he plays very well, but soon concentrated on the clarinet after listening to Benny Goodman's recording ofCarl Maria von Weber'sE flat major Concerto, which fascinated him and awoke a longing for the instrument.

His big breakthrough came with his sensational success at the ARD International Music Competition inMunichin September 2008, where he won not only first prize in the Clarinet category, which had not been awarded for forty years, but also the coveted Audience Prize and other special prizes. In the “Duo Riul” with his partner Martin Klett at the piano, he had also won the German Music Competition.Sebastian Manzhas since then been one of the most popular soloists and chamber musicians of the younger generation. TwoECHOKlassik awards have confirmed Sebastian Manz as one of the most sought-after soloists and chamber musicians of his generation. He has been solo clarinettist with theSWRRadio Symphony Orchestra inStuttgartsince 2010.

Solo performances are taking Sebastian Manz in the 2014/2015 season to a variety of venues includingBern, Stuttgart,Heilbronn, Kiel,Baden-Baden and Osnabrück. He is also undertaking tours throughout Germany with the Württemberg Chamber Orchestra and the Dogma Chamber Orchestra. Additional tours to Japan are also in the offing. He will be a guest at the Rheingau Music Festival, at the Chamber Music Festival inMettlach, at the SchlossWeilburgconcerts and at “Movimentos” in Wolfsburg. As an accompanist, he will be partneringHerbert Schuch,Veronika Eberle, Daniela Koch and Ramón Ortega Quero on podiums inMunich,Nürnberg,Dresden,Düsseldorf,Bonn,Ludwigshafen,Innsbruck,IstanbulandBilbao. Sebastian Manz will conclude his three-year affiliation with the “Junge Wilde” series at the Konzerthaus inDortmundwith a concert there on December 3. In July 2015 he will perform Carl Nielsen's Clarinet Concerto with theSWRRadio Symphony Orchestra under the baton ofHerbert BlomstedtinStuttgart. 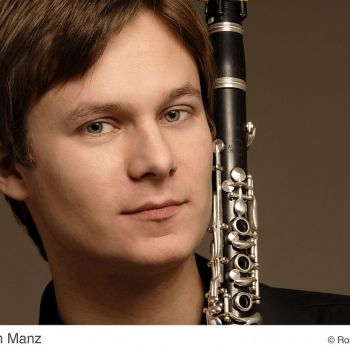 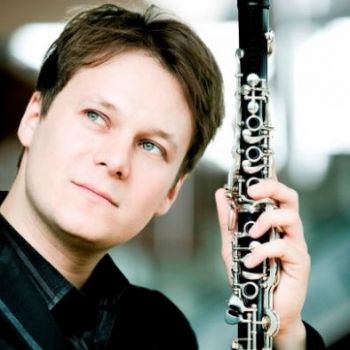