Ivan Monighetti, described by Krzysztof Penderecki as a “phenomenal cellist” was Mstislav Rostropovich's last student at the Moscow Conservatory. He was a top prizewinner in many international competitions including the 1974 Tchaikovsky competition, and since then he has enjoyed a career which has taken him all over Europe, to America and Japan. He participated in many important festivals of music such as Ravinia festival, Berliner Festwochen, Santa Fe chamber music festival, Schleswig Holstein music festival, Argerich festival, Holland music session. As a soloist he has performed with many of the world's great orchestras and conductors, including the Berlin Philharmonic under Krzysztof Penderecki, the Leipzig Gewandhaus under Kurt Masur, the Gulbenkian Orchestra under Muhai Tang, and the Moscow Philharmonic under Mstislav Rostropovich. Ivan Monighetti's sensational appearances at numerous contemporary music festivals have brought him a wide reputation as one of the leading figures in the field of modern music. His CD XXth Century Music for Cello Solo was nominated Best Recording of Year, Diapason d'or. He is constantly expanding his musical range as a result of his work with contemporary composers such as Penderecki, Xenakis, Dutilleux, Knaifel, Schnittke, Tan Dun, Gubaidulina, Silvestrov, Ali-Zadeh. Many works written especially for him are now part of the established cello repertoire. Ivan Monighetti is also highly respected for his expertise in the performance practice of the 18th and 19th centuries and is the founding director of the Moscow early music festival. He has collaborated with musicians such as Anner Bylsma, Nancy Argenta, Simon Standage, Ronald Brautigam, Wieland Kuijken, Alexei Lubimov. He now has a varied career as a cello soloist and a conductor of international repute. In 1998 he made a very successful debut at the English Haydn Festival conducting Haydn's Nelson Mass and in 1999 and 2000 was re-invited as a principal conductor. With his own orchestra Camerata Boccherini he has toured Poland, Holland, France, Estonia and Russia. In 2003, Ivan Monighetti played at the prestigious Martha Argerich Festival in Japan and performed the world premiere of the Cello Concerto by Frangiz Ali-Zadeh with Muhai Tang and Mario Venzago, as well as the Penderecki Concerto grosso for 3 cellos conducted by the composer. His CD recording of the 6 Solo Suites by J.S. Bach was awarded the 2003 Frederic prize. The same year he performed with great success at the Viva Cello Festival in Switzerland.

Ivan Monighetti, who is featured on Swiss TV in Ritratto a Monighetti and Monighetti: Storie di famiglia, has recorded on Erato, Harmonia Mundi, Chant du Monde, Orfeo, Berlin Classics, Wergo, DUX. Ivan Monighetti is professor of cello at the Basle Academy of Music in Switzerland. He is a guest professor at Moscow Conservatory and at High School of Music Reina Sofia in Madrid. He has been a jury member of prestigious competitions like the J.S.Bach competition in Leipzig, and has given masterclasses all around the world. 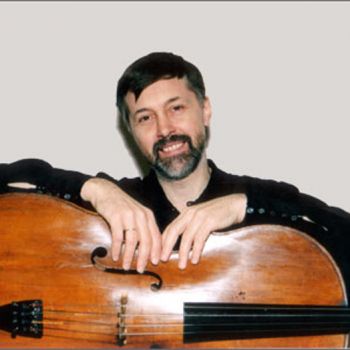