German soprano Nikola Hillebrand is praised by expert reviewers for the bright radiance of her voice with its noble timbre, her lightness of touch and sophisticated technique as well as her touching, charming stage manner and highly nuanced interpretations. While still at the beginning of her career, she has already appeared at leading opera and concert houses such as the Bavarian State Opera, the Glyndebourne Festival and Vienna’s Musikverein and with conductors such as René Jacobs, Robin Ticciati, Jérémie Rhorer, Alexander Soddy, Franz Welser-Möst, Manfred Honeck, Stephan Gottfried, Vaclav Luks und Raphael Pichon. Concert tours have taken her to the Laeizshalle Hamburg, the Vienna Konzerthaus, the Mozartwoche Salzburg, to the Musikfest Bremen and the Chopinfestival in Warsaw, among others.

After studying in Munich, Nikola Hillebrand was engaged at the National Theatre in Mannheim. In 2018 she sang Adele in Strauss’ Fledermaus at the Semperoper Dresden’s New Year’s Eve concert alongside Jonas Kaufmann. Right after Nikola Hillebrand has been a member of the Semperoper Dresden, where she performs roles such as Konstanze (Entführung aus dem Serail), Musetta (La Bohème), Gretel (Hansel and Gretel), Adele (Die Fledermaus), Baroness Freimann (Lortzing’s Der Wildschütz). Further highlights are Zdenka in Richard Strauss’ Arabella at the Theatre in Bonn, as well as concert performances by Johann Strauss’ Die Fledermaus with the Orchestre National de Lyon.

In addition to her opera and concert activities Nikola Hillebrand is a passionate lied singer. She is the winner of the international song competition "Das Lied 2019" in Heidelberg (jury chaired by Thomas Quasthoff) and will give song recitals at the Wigmore Hall in London, at the Heidelberger Frühling and at the Beethovenhaus in Bonn and the Philharmonie in Essen. 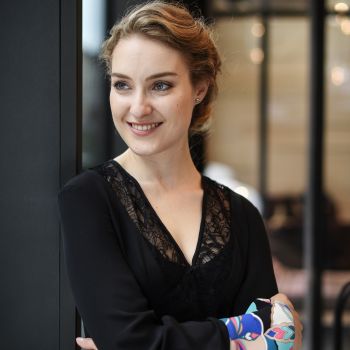 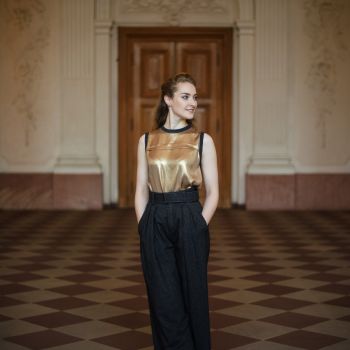 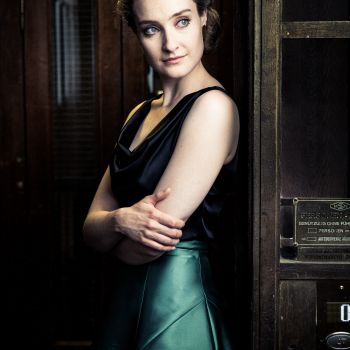