Morgan Pearse was born in 1988 of Danish and Australian heritage, and studied at the Sydney Conservatorium and University, and at the Royal College of Music International Opera School.

During the 2014/15 season Morgan Pearse joined Houston Grand Opera Studio where his roles included Papageno (The Magic Flute), Yamadori (Madame Butterfly), Anthony (Sweeney Todd) and the cover of Guglielmo (Cosi fan tutte).   He went on to perform Figaro in Corigliano’s Ghosts of Versailles for Wolftrap Opera in Virginia. This season Morgan Pearse returns to the UK and to English National Opera taking the role of Figaro (Barber of Seville) and appears at Wigmore Hall. In 2013 Morgan was selected by YCAT and won the Gold Medal at the Royal Over-Seas League Competition.  He subsequently took the title role in Owen Wingrave with Sydney Chamber Opera and made his debut with English National Opera as Pompeo (Benvenuto Cellini). Born in 1988, Morgan Pearse studied at the Sydney Conservatorium & University and theRoyal College of Music International Opera School, where he won the prestigious Lies Askonas Prize.   He was selected by YCAT in 2013. Only Mr Pearse, as love-smacked Anthony, has the requisite fire of youth and stirring voice to give his ballads spontaneity and lyricism.

The standout performer was young Australian baritone Morgan Pearse, singing the role of Anthony…..Pearse has a knack for dramatic acting and a solid yet buttery voice that lent emotional substance to his somewhat one-dimensional character.

Awards and achievements: He was selected by Young Classical Artists Trust in 2013, and in 2014 won the Lies Askonas Prize at the RCM. In 2013 he won the Gold Medal at the Royal Over-Seas League Competition and in 2016 won first prize in the International Cesti Competition. 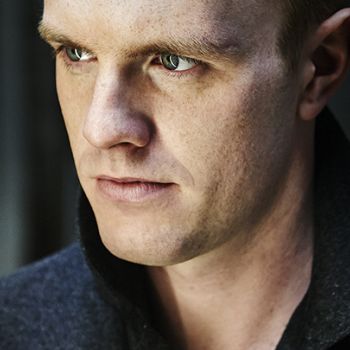