Rinaldo Alessandrini is a major conductor and harpsichordist specializing in Italian Baroque music. After musical studies including serious research in Italian music from 1550 to 1750, Alessandrini embarked on his career as a harpsichordist, both as a soloist and as continuo player/leader of Concerto Italiano, a vocal and instrumental ensemble he founded. During the 1980s and 1990s Alessandrini and Concerto Italiano established themselves as the leading ensemble for Italian Baroque music from the music's home country.

Alessandrini believes that, regardless of musical era, there is a set of "essential, but often elusive, expressive and cantabile elements fundamental to Italian music." His aim is to find those qualities in music of the Italian Baroque period, which he regards "the most fertile and innovative in all Italian music."

He and Concerto Italiano have toured extensively in Europe, including many of the major musical festivals, especially the ones with interest in the era. They record for various labels -- playing a major role in Naive's Vivaldi Edition recordings -- and have won awards such as the Cini Foundation Vivaldi Prize, the Choc de la Musique, Grand Prix de la Nouvelle Académie du Disque, the Deutsche Schallplattenpreis, the Diapason d'Or (in three successive years), the Cecilia Prize, the Gramophone Award, the BBC Music Magazine Prize, and the Grand Prix de l'Academie Charles Cros.

Alessandrini also conducts Italian Baroque opera. His is considered one of the world's leading specialists in the operas of Monteverdi, and also revives lesser-known Italian opera composers such as Cavalli and Vinci. He includes the Italian operas of George Frideric Handel in his conducting repertoire, and he and Concerto Italiano have recorded harpsichord concertos of Johann Sebastian Bach. These Gramophone Award-nominated performances are hailed for paying special attention to the direct Italian inspiration for the concertos. Other acclaimed CDs include his two volumes of One Hundred Fifty Years of Italian Music, featuring harpsichord music on the first disc and organ music on the second. Among his choral recordings with Concerto Italiano are all of Monteverdi's eight books of Madrigals, three of which won Gramophone Awards. 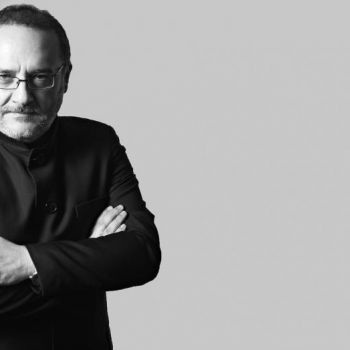