Born in Yerevan, Armenia, Vagram Saradjian began his cello studies with Alexander Chaushian at age 7 in the Special School for Gifted Children at the Yerevan Conservatory. Later, he was invited by Mstislav Rostropovich to study in his class at the Moscow Conservatory, where he earned his Masters and Doctorate degrees. In the United States Mr. Saradjian had taught at Oberlin Conservatory, Connecticut College, Aaron Copland School of Music at Queens College (CUNY, NY), Purchase Conservatory (SUNY), and numerous festivals and master classes. Currently he is Professor of Violoncello at the University of Houston. Mr. Saradjian currently plays a Montegazza cello from Milano made in 1791.

Vagram Saradjian gave his first public recital at age 9 and won his first prize at the Russian National Competition at age 18, which put him in the country's national spotlight. International recognition of his prodigious talent came when he won several major contests, including the Tchaikovsky International Competition in 1970 and the Geneva International Cello Competition in 1975. By the time he was twenty, Mr. Saradjian was being compared with such masters as Mstislav Rostropovich, who was his teacher at the Moscow Conservatory for eight years. As a recitalist, Mr. Saradjian has performed around the world in such concert halls as the Barbican Centre in London, Gaveau in Paris, La Scala in Milan, Victoria Hall in Geneva, Musikverein in Vienna, Tonhalle in Zurich, Auditorio Nacional in Madrid, Teatro Colon in Buenos Aires, Carnegie Hall in New York, the Great Hall of the Moscow Conservatory, and the Leningrad Philharmonic Hall.

His orchestral debut coincided with the conducting debut of his mentor, Mstislav Rostropovich, when in 1969, under the Maestro's baton, young Saradjian triumphantly performed Dvorak's Cello Concerto with the Kiev Philharmonic. He has since toured internationally with leading orchestras and played with distinguished conductors, including Gergiev, Khachaturian, Kondrashin, Svetlanov, Rostropovich, Shostakovich, and Temirkanov.

Contemporary music has for many years been an important part of Mr. Saradjian's repertoire. In recent seasons, he has premiered major works by internationally acclaimed composers, such as Alexander Tchaikovsky, Gia Kancheli, Karen Khachaturian, Arno Babadjanian, and Myroslav Skoryk. The highlights of the past seasons included Mr. Saradjian's appearances at Valery Gergiev's Stars of the White NightsFestival in St. Petersburg (Russia), the Shostakovich Festival in Houston, TX, extensive tour of Europe, where in addition to his solo performances Mr. Saradjian appeared in highly acclaimed new trio programs with violinist Maxim Vengerov and pianist Vag Papian. 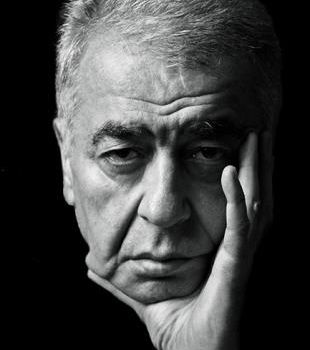