“Tetzlaff offered a reading of the Brahms concerto that was at once immensely virtuosic and deeply personal. From his very first entrance, this was viscerally explosive violin playing, but always with a sense of purpose and richness of inner life. (…) But I think what ultimately moves people is the emotional openness and deep sincerity of Tetzlaff’s playing.” The Boston Globe Christian Tetzlaff’s interpretations of the violin concerto repertoire, whether of the classical and romantic period or the 20th century and the contemporary era, are appreciated throughout the world.

He is particularly well known for his incomparable performances of Bach’s solo Sonatas and Partitas. In the 2010-11 season Christian will be appearing in a series of projects as a Carnegie Hall “Perspectives” artist, among them the world premiere of Harrison Birtwistle’s Violin Concerto with the Boston Symphony Orchestra and James Levine, a play-conducting project with the Orchestra of St Luke’s, violin duets together with Antje Weithaas, concerts with the Tetzlaff Quartet and performances with the Ensemble ACJW and Sir Simon Rattle.

He will also give a master-class presented by the Weill Music Institute for young violinists and pianists. In Europe he will be performing with the City of Birmingham Symphony Orchestra under Andris Nelsons, the London Philharmonic Orchestra under Vladimir Jurowski, the Philharmonia Orchestra under Esa-Pekka Salonen and the NDR Sinfonieorchester under John Storgårds. He continues to be a regular guest soloist with orchestras including the Berliner Philharmoniker, the Orchestre de Paris, the Tonhalle Orchestra in Zurich, the National Symphony in Washington, the Toronto Symphony, the Swedish Radio Symphony Orchestra and the San Francisco Symphony Orchestra. Christian performs at major festivals including those in Edinburgh and Lucerne, the BBC Proms and summer festivals throughout the USA. He also gives recitals with chamber partners including Leif Ove Andsnes, Alexander Lonquich and Lars Vogt, as well as his own Tetzlaff Quartet. Tetzlaff’s discography for Virgin Classics and other labels includes the established concerto repertoire, Bartók Sonatas with Leif Ove Andsnes and the three Brahms Violin Sonatas with Lars Vogt. Christian Tetzlaff has received several awards for his recordings, among them the Diapason d’Or (twice), the Edison Prize, the Midem Classical Award, the Echo Klassik prize and several Grammy nominations. His recent solo recording of all of Bach’s solo Sonatas and Partitas on the Hänssler label deserves special mention.

His recording of Szymanowski with the Wiener Philharmoniker and Pierre Boulez has been recently released, and much anticipated are his renditions of the Schumann Piano Trios with Tanja Tetzlaff and Leif Ove Andsnes. Christian Tetzlaff plays a violin by German violinmaker Peter Greiner. He lives with his family near Frankfurt. 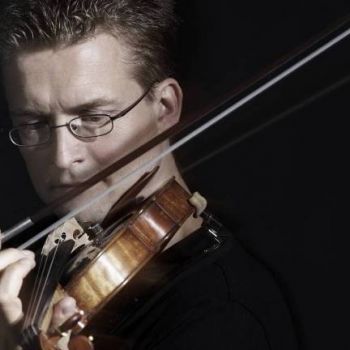 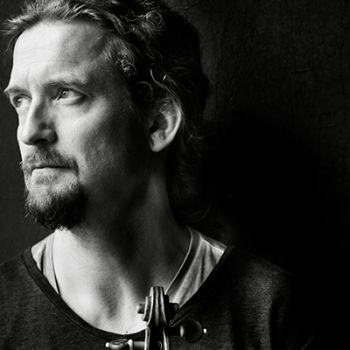