A true “cross-over artist” and Benny Goodman’s only student, Julian Milkis is an internationally acclaimed soloist, chamber musician, recitalist, and jazz clarinetist. The Hamburg Abendblatt praised his “Beautiful sustaining sound and great virtuosity”; the Edmond Journal called his performance of the Nielson Clarinet Concerto a “triumph”, while Moscow’s Nezavisimaya Gazyeta wrote, “simply the best clarinetist in the world!”

Mr. Milkis has appeared on major world stages throughout the Far East, Europe, and the Americas:  New York's Carnegie Hall and Lincoln Center; the Salles Pleyel and Gaveau, Paris; the Great Halls of the Moscow Conserv-atory and the St. Petersburg Philharmonic; Toronto’s Roy Thomson Hall and Weston Recital Hall; and the National Concert Hall in Taipei, among others.

A proponent of the jazz clarinet, as well, Mr. Milkis is dedicated to promoting today's music and expanding the clarinet repertoire. Works written for him include concertos by Moravetz, Petrova, Tishenko, Weinberg, and others. He has worked closely with Giya Kancheli and Olivier Messiaen.

As a full scholarship student at the Juilliard School and the Manhattan School of Music, Julian Milkis studied with Leon Russianoff. A Canadian citizen, he won the Canada Council and Floyd Chalmers awards for four consecutive years.

Mr. Milkis holds a Masters Degree in Russian Literature from Norwich University, Vermont, and is keenly interested in all aspects of the fine arts. 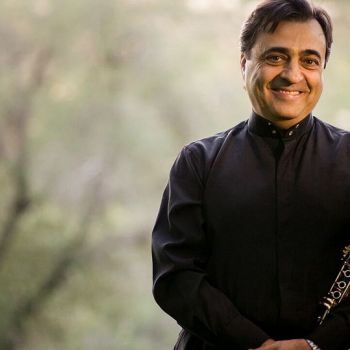