Yury Favorin was born in Moscow on the 17th of December 1986. Even at infancy he exhibited an extraordinary

ability for music (ear and memory). He was six he knew Beethoven's 5th Symphony, Tchaikovsky's 1th and 4th

At the age of five he began learning the piano and recorder. He was eight when he entered the Gnesin Specialized

Musical Primary School in Moscow, where he learned the piano under Professor Lidiya Grigorieva, the clarinet

Voskresensky. He also studied the composition with Karen Khachaturyanand chamber ensemble with Alexander

Currently, Yury is a postgraduate student at the Moscow State

Conservatory. He has taken an active part in numerous musical

festivals, such as the Festival “La Folle Journée” in Nantes

November”, and the “Gradus ad Parnassum” Piano Festival in

Netherlands, and Belgium among them — achieving outstanding success everywhere. He also gives charity

concerts for sick children (Moscow), war children (Vienna), and the disabled (Vienna). Yury is a member of the

Lively, Alexander Rudin, Alexander Gindin, Marina Drozdova are among his partners on the stage.

Badura-Skoda, Irina Kataeva, Stephen Kovacevich, Ferenc Rados, and Noel Flores. Yury was a participant of the

He gives concerts at the most prestigious concert halls – the Big, Small and Rakhmaninov's Halls of the Moscow

Yury is the winner of the First Prize of the Gyorgy Cziffra Foundation (Vienna, 2003), and is a laureate of many 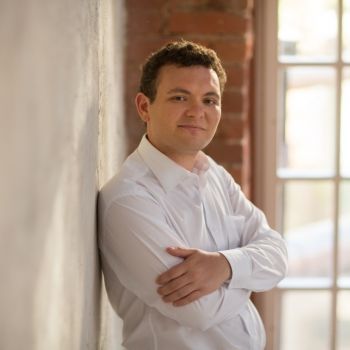 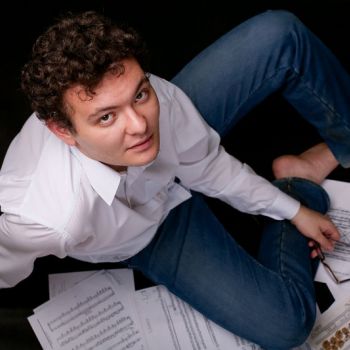