Winner of international and russian competitions, soloist of the Moscow musical theater “Helikon-Opera".

She graduated from the Russian Academy of music named Gnessin (class of Professor Natalia Troitskaya).

Since 2005 soloist of the creative group "Petit Opera" - took part in the production of Purcell's operas "Dido and Aeneas", "King Arthur" and "The Fairy Queen" - directed by Yuri Khochin, "Open stage Progect". She is the first performer in Russia of the role of Venus from Cherubini's opera “Pygmalione”.

In 2008 she performed at the Dresden Opera ball at the Semper Opera as a debutante. She sang the role of Alexandra Feodorovna in Jay Reese's production of Rasputin at the Helikon-Opera, directed by Dmitry Bertman.

In 2009 Anna took part in the production of Rossini's Mahomet II in Germany, at the Bremen Opera house - the role of Anna Erisso.

She also sang the soprano part in Brahms ' "German Requiem" in the Great hall of the Conservatory - conductor Pavel Kogan.

In 2011, Anna  participated in the gala concert Viva Verdi, dedicated to the opening of the historical stage of the Bolschoi theater.

Since 2015 she has been a soloist of the Helikon-Opera. Performed parts: Volkhova from Rimsky-Korsakov's opera  Sadko,  Countess from Mozart's opera  The Wedding of Figaro, Amelia from the opera of Verdi's Masquerade Ball, Isolde's Death from “Nibelung-opera”, Catherine II from David Tukhmanov's The Queen, Nedda in Leoncavallo's Pagliacci  (directed by Dmitry Belyanushkin),  Angelica from Handel's Orlando (directed by Georgy Isaakian) and others. She also took part in a touring production of the theater in Brazil at the Teatro San Paolo in the role of Ekaterina Izmailova in Shostakovich's opera Ekaterina Izmailova.

In 2018,  performed a soprano solo in Dvorak's Requiem with the Bolshoi Symphony Orchestra named Tchaikovsky under the direction  Vladimir  Fedoseev.

In 2019  became the first performer of "Requiem" by  Verdi in Russian in the framework of the project dedicated to the 75th anniversary of the end of the Siege of Leningrad, together with the Russian national youth orchestra, conductor V. Fedoseev.  Also, in continuation of the project, on June 22, 2019  performed at the Mikhailovsky theatre (St. Petersburg). 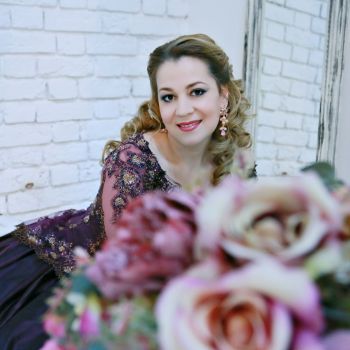 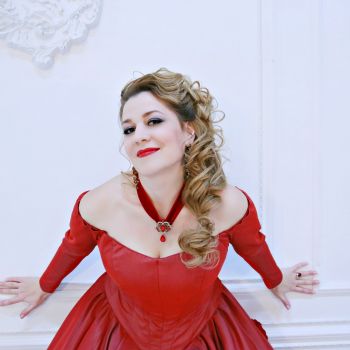 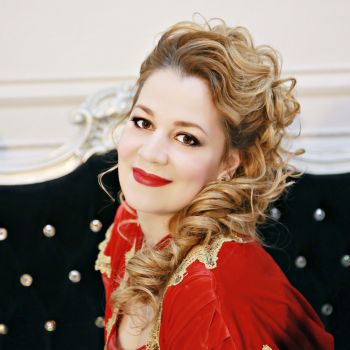