Nikita Boriso-Glebsky is the brilliant Russian violinist, deserving to take place in the world academic music’s elite. His technical excellence and extraordinary style of performance – exciting as well as able to escape arrogance – were noted by audiences in different countries. The winner of the Jean Sibelius Competition, the Fritz Kreisler Violin Competition, the Monte Carlo Violin Masters and other prestigious international contests, today Boriso-Glebsky is expanding the geography of his performances and the space of his creative searches. The musician’s biography is composed by some factual evidences of these opinions.

Nikita Boriso-Glebsky was born in 1985 in Volgodonsk, Southern Russia. His parents work as chemists. At the age of 14 he attended to the Moscow State Tchaikovsky Conservatory to the violin division by Prof. Eduard Grach and Associate Prof. Tatiana Berkul. When Nikita was only 18, he became the youngest solo violinist in the Moscow Philharmonic Orchestra. In 2005 he started postgraduate studies with the research work on the English violin music of XIX-XX centuries. He also took courses outside Russia, particularly by Augustin Dumay in the Queen Elisabeth Chapel, and Ana Chumachenco in the Kronberg Academy.

The way to the world best concert halls was opened for Boriso-Glebsky by the series of successful performances at the international contests, including the Tchaikovsky in Moscow (2007) and the Queen Elisabeth (2009) competitions. One year later the Russian violinist took first prizes of the Jean Sibelius and the Fritz Kreisler Violin; in 2013 he won the Monte Carlo Violin Masters in Monaco. After he had gained 11 awards in different contests, he decided to finish this stage of his career. As he mentioned, it was time to start another serious contest in his life, which would have no definite criteria and jury.

Boriso-Glebsky’s repertoire includes classical masterpieces, XX century’s avant-garde and contemporary compositions, from Mozart and Beethoven to Berio and Schnittke to Alexander Tchaikovsky and Kuzma Bodrov. He was named the Violinist of the Year by the International Maya Plisetskaya and Rodion Shchedrin Foundation and gained two significant awards: Virtuoso from the Italian String Society and the Antonio Stradivari Foundation and Jean Sibelius Birthplace Medal from J. Sibelius Foundation. At the same time, Boriso-Glebsky himself tends to come further and look out for freedom on the stage not only through the technical elaboration: «When keeping my individuality that comes outside on its own I try to enrich it trough the comprehensive intellectual elaboration.»

«Nikita Borisoglebsky distinguishes himself with the depth of musical thinking, impeccable technique and a rare combination of elegance, naturalness and uncompromising severity of performance.»

«…His technique is top class with a sharpness which is unique. What impresses the most is his ability to play softly and still maintain elegance and focus. It is fantastic how his instrument transforms into a flute or clarinet, and how his playing has a singing quality.»

«Young soloist Nikita Boriso-Glebsky is a violinist to look out for. Still in his twenties, he approached the piece almost reverentially, as if paying homage to one of the giants of the repertoire, growing in stature and volume to make every one of Tchaikovsky’s tuneful melodies sing out to the audience. The first movement’s brilliant cadenza easily ticked the virtuoso box.» 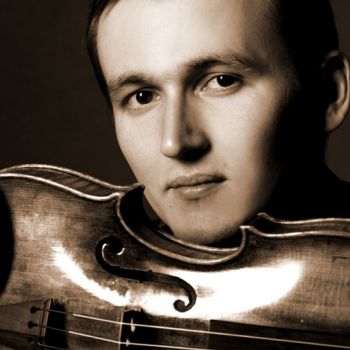