In 1984 Federico Maria Sardelli founded the Baroque orchestra Modo Antiquo, with which he appears at major festivals and concert halls throughout Europe as both soloist and conductor. He is regularly invited to the most prestigious European concert halls. Since 2006 he has been principal guest conductor of the Turin Philharmonic Orchestra. He appears as a guest conductor with many symphony orchestras, including the Gewandhaus Leipzig, the Staatskapelle Halle, the Kammerakademie Potsdam,the  Real Filarmonia de Galicia, the Maggio Musicale Fiorentino,the Arena di Verona, the Orchestra da Camera di Mantova, etc.

Federico Maria Sardelli records for Naïve and Deutsche Grammophon. He has made more than forty recordings as soloist and conductor, some of them in co-production with the German broadcast company Westdeutscher Rundfunk (WRD 3). He has twice been nominated for the Grammy Awards, the most prestigious recording prize, and he is one of the top artists of the Vivaldi Edition by Naïve.

Federico Maria Sardelli has been a notable protagonist in the Vivaldi renaissance of the past few years: he conducted the world premiere recording and performance of the operas Arsilda Regina di Ponto, Orlando Furioso, Tito Manlio, Motezuma, and Atenaide.

Alongside his career in the concert hall, he is also extremely active as a musicologist. He is a member of the musicological committee of the Istituto Italiano Antonio Vivaldi, and has published many musicological essays and critical editions (he is the author of the study Vivaldi's Music for Flute and Recorder, translated by Michael Talbot and published in the UK by Ashgate). He is general editor of the collection of facsimile editions Vivaldiana and of the Opere Incomplete (SPES, Florence). Peter Ryom has chosen him to be the person in charge of the continuing Vivaldi Catalogue (RV).

For his artistic merits, on 28th november 2009, the Government of Tuscany decorated Federico Maria Sardelli with the Gonfalone d'Argento, the highest medal of honour.

His next book on music is forthcoming: the Catalogue of Vivaldi's musical concordances, by Fondazione G. Cini and Olschki.

Federico Maria is also a painter, engraver and satirical writer, but that is another story. 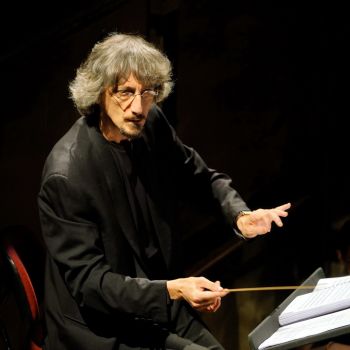