Winner of the European Conductors Competition in Oslo in 2013 and laureate of Evgeny Svetlanov Competition in Paris in 2014, Kalle Kuusava is on demand as an operatic and symphonic conductor.

His past appearances include "Madama Butterfly" in Savonlinna Opera Festival, debuts with Finnish National Opera, Finnish Radio Symphony Orchestra, Royal Stockholm Philharmonic and National Philharmonic of Russia, Monte Carlo Ballett, as well as "La Traviata" in Theater an der Wien, "Carmen" in the Norwegian Opera in Oslo and "Maid of Pskov" in Mariinsky Theatre in St. Petersburg.

Kuusava has built a vast operatic repertoire, having worked in the Norwegian National Opera from 2008 until 2016 and the season 2007/08 in the Zurich Opera.

Kalle studied piano and chamber music at the Sibelius-Academy with Ilmo Ranta, and participated in conducting masterclasses with Jorma Panula and Atso Almila. He spent an exchange study year in Vienna in 2005. He completed his masters degree in orchestral conducting at the Norwegian Academy of Music in Oslo, where he studied with Jukka-Pekka Saraste and Ole Kristian Ruud. 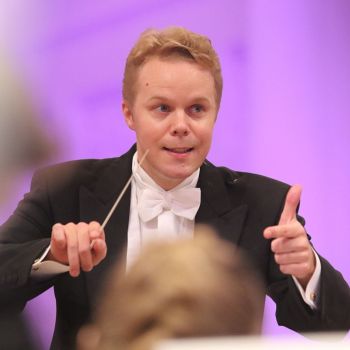