Born 1993 in Yessentuki, Russia, Vasilisa Berzhanskaya graduated from the vocal department of Stavropol Territorial Musical College (STMC) named after V. I. Safonov.
Currently she is a student at the Gnessin Russian Academy of Music (Prof. R. Lisitsian) and soloist of the Academy’s Opera Studio.

Vasilisa Berzhanskaya started her operatic career as soprano and in the 2011/12 season was a soloist of the North-Caucasian State Philharmonic. Since 2014, she is a guest soloist at the State Primorsky Opera and Ballet Theater in Vladivostok.

Since the season 2015/16 Vasilisa Berzhanskaya is member of Bolshoi Theatre Moscow Youth Opera Program and she transitions to mezzo-soprano. 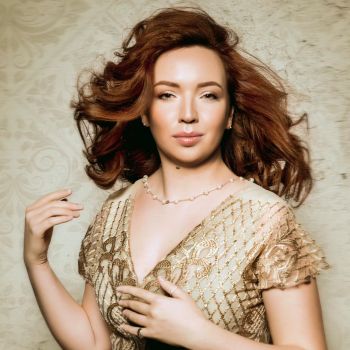