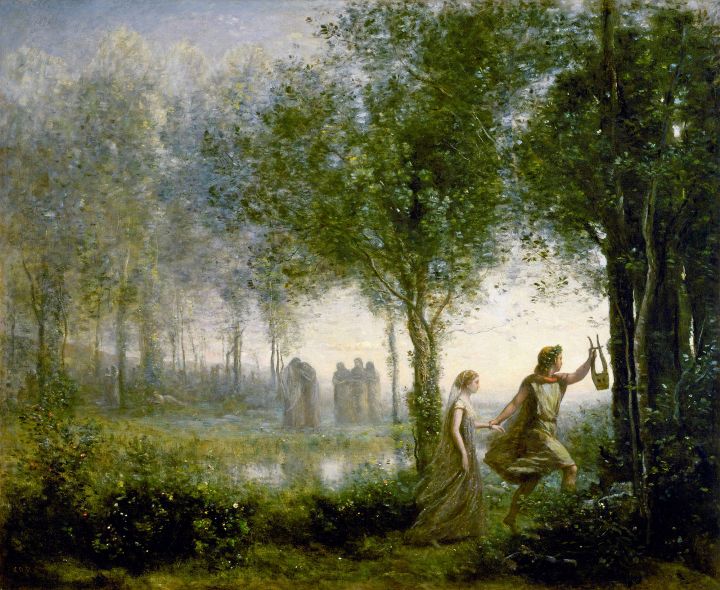 The libretto by Pierre - Louis Moline (by Raniero de Calzabigi)

The premiere of “Orfeo ed Euridice” was conducted by the author on October 5, 1762 at the Vienna City Theater. The first reaction of listeners was restrained: the composer was reproached that "passions are not expressed strongly enough". Later (in 1774) Gluck significantly revised the score of "Orfeo" for his production in Paris. Unlike the Viennese version, the party of Orfeo is lowered in the tessitura for the tenor (in the Italian version it was intended for castrati (alt), they wasn’t allowed to sing in the Paris opera);
- significantly recycled recitative dialogues and enriched instrumentation of the orchestra;
- in accordance with the traditions of the French Opera was included a lot of ballet numbers.
Concert-performance, which will be performed on the stage of the Tchaikovsky Concert Hall March 5, 2019, will present a modern interpretation of the Paris release of the opera using the expressiveness of the combination of motion of  3 soloists and chorus, ballet and light scores.

The Chamber Choir of Gnessins College  Under Peter Savinkov's leadership

The chamber choir was founded in 1986 by professors of department for Choral Conducting. Members of the choir are students and graduates of the same department. Over 32 years of its artistic life the choir has achieved professional recognition, has become laureate of numerous international competitions and in 2014 was awarded 2 golden medals at VIII World Choral games (categories "Chaber Choir" and "Spiritual music a capella") in Riga. The Chamber Choir of Gnessins College   performs at the most prestigious Moscow venues such as Moscow State Conservatory, Lutheral Peter and Paul Cathedral, Catholic Church of the immaculate Conception of the Virgin Mary, Multimedia Art Museum and others. The choir is a regular participant of  VIVACELLO international festival, HOMECOMMING chamber music festival, HUBBLE FEST project of BELCANTO charity foundation and  a number of other important annual events.